Can Drought Steal The American Dream?

Residents used 23.9 percent less water in 2014 compared to 2013. Official call is an "enormous effort" is saving water despite missed target. Saved water in the nine months period is enough for nearly six million people for one year. Even though El Nino delivered a near-average amount of precipitations and snow in some areas of the state, Southern California saw a relatively weak year of rain, leaving most reservoirs low. Any changes to the emergency conservation order will take effect in June 2016.

During times of drought, plants, and vegetation dry, stream and river flow decline, the water level in reservoirs, lakes, and wells fall. As drought persists, long-term impact will emerge, land subsidence, seawater intrusion, and damage to the ecosystem. It can cause the land to sink due to excessive groundwater pumping and aquifer depletion. Seawater intrusion in coastal communities compromises groundwater quality. Water allocations for rivers, wildlife, wetland, and fish restoration projects can be stopped or reduced. A single spark can start wildfires in dry, windy and hot weather. These impacts might be not a visible, but costly to manage in the future.

Drought is a growing threat. There is a mounting concern by global political and business leaders can disturb peace across the world. We know that a rapidly growing water crisis in the Middle East destabilized the region, helping flash civil wars in Syria and Yemen. Yemen's water shortages cause violent conflict in 70 percent of unofficial roadblocks. Violent meltdowns resulted in a flood of refugees to Europe. When wells run dry, farmers are forced to abandon fields, and people get thirsty, hungry and often very angry. Prince Charles has made headlines for claiming the climate change is one of the reasons for the Syrian conflict and ensuring refugee crises. It is not happening only in the East. 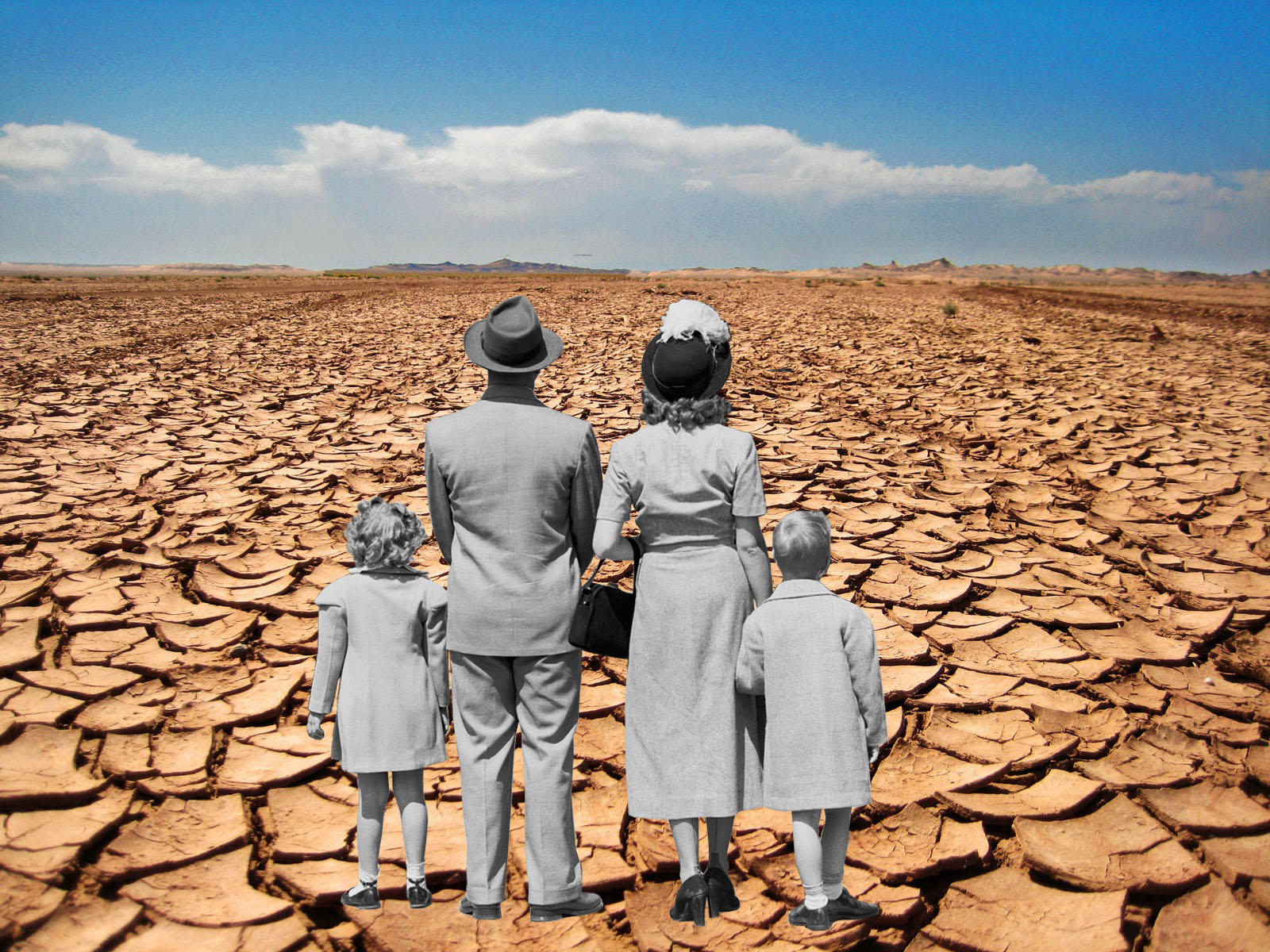 Nestle's in Switzerland, the corporation that runs the world's largest food company and dependent on freshwater to grow ingredients, is desperate in the face of a drought. "Nestle thinks one-third of the world's population will be affected by freshwater scarcity by 2025, with the situation only becoming more complicated after that and potentially catastrophic by 2050. Problems will be severest in the Middle East, northern India, North China, and the western United States." Nestle's activity in California is under scrutiny as a result of the devastating drought. The U.S. Forest Service began an environmental review of their operations at the beginning of 2016. Their piping system siphoned about 68,000 gallons of water a day out of the forest in 2014. The headquarters office of Nestle in Switzerland said: "Forget the Global Financial Crisis, the World Is Running Out of Fresh Water."

Unlike hurricanes and tornadoes, drought often goes unnoticed. The dried-up land has devastating effects for people already facing the challenging of poverty. Drought translates into economic losses especially in the Central Valley where 90 percent of residents rely on groundwater. The problem of water contamination in the Central Valley has existed for decades, but the drought exacerbates the situation because less water means higher concentrations of nitrate and arsenic. Pollution creates a financial burden on residents. People must buy their drinking water from grocery stores to meet basic needs like cooking, laundry, showering, and teeth brushing. Increasing food prices associated with drought weigh heavily on the poor.

The drought is not just the lack of rainfall. It is a complex phenomenon that impacts our society economically, environmentally and socially. Worldwide, It affected more than one billion people worldwide. In 2015, the fourth year of the drought cost only the state of Califonia $2.7 billion and 21,000 jobs. Experts feel a need to measure these effects and provide a comprehensive view because the severity and duration of droughts are expected to increase in the future. A venture of National Science Foundation and the University of Maryland, the National Socio-Environmental Synthesis Center, is funding such project. It brings together environmental, data and social scientists to understand the full range of drought effects across the United States and other countries. The drought in California brought up burning questions in America, but the countries where drought is a constant reality already have answers. Israel, for example, banned flood irrigation for decades and provides tax incentives to purchase drip irrigation equipment. They reuse treated wastewater and have giant desalination plants fully functional.

Realistically, water in the United States has always been taken for granted. On a global scale, Americans pay less for water than people in other developed nations despite increasing water stress, but we are not guaranteed its prices will not go up. We have seen prices risen faster than the overall cost of living, and still, there are trillions of dollars in anticipated repair costs for buried water pipes, and growth-related infrastructure is expected over the next 25 years. If we don't start to put efforts into saving water today, we will be a sorry lot tomorrow.

California doesn't look green anymore. In the historic state of drought, Californian lawns are now on the edge of extinction. Homeowners and communities are continuously looking for alternatives and the artificial grass looks more and more attractive.