On the one hand, the Consumer Product Safety commission is being criticized for publishing a headline in 2008 proclaiming that synthetic turf with crumb rubber infills was "OK to install, OK to play on," despite the fact that the tests they had conducted were not conclusive.

Furthermore, the Environmental Protection Agency has historically supported the use of crumb rubber infills in synthetic turf fieldsd in their effort to recycle old car tires. Due to recent political pressure, they have stated that the safety of such rubbers is not conclusive.

And on the other hand, schools are reticent to allow their turf fields to be tested for fear of negative publicity and having to pay to have their turf fields replaced, which costs more than $1 million, if the tests prove that the fields are harmful to children. 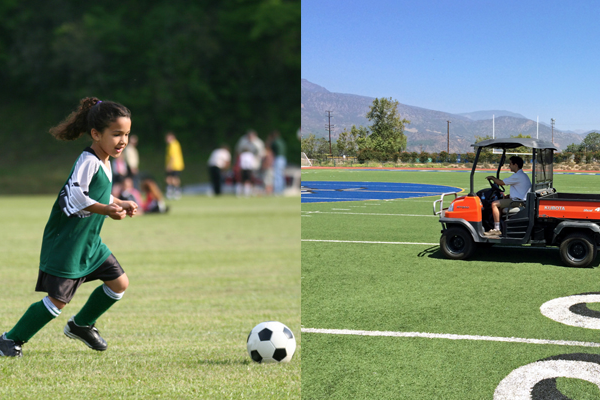 And on still another hand, the Synthetic Turf Council have touted the obvious benefits of synthetic turf, reduced maintenance costs and water savings, etc.

It seems that the debate around synthetic turf crumb rubber infill will just have to continue until conclusive tests have been completed.

The 26th annual Larry Grantham Charity Golf Classic helps to fundraise to the Freedom House's Drug and Alchohol programs this year, 2017. This year the committee is honoring Ottis Anderson with the Sportsman of the Year Award for the outstanding sportsmanship throughout his career.

Artificial turf is a new hit among baseball players. One high school team in Nevada had artificial turf installed in their baseball field and the players and coach love it. It cost the school a quarter of a million dollars to install the turf. This initial cost will be recouped later on in money they save on maintenance.

The coach says that he's wanted to install the artificial turf in the baseball field for years.